In 2019, Breakout introduced our first Megagame, Watch the Skies, to great success. As a result of the feedback, we're intending to offer the same megagame once more in 2020 which will take place on Sunday, March 22nd from 10:00 AM to 5:00 PM. In addition to requiring one of the convention pass options for Sunday, there will be an additional special event pass sold for the megagame costing $25.

Watch the Skies - The Megagame of Alien Terror

Mysterious and threatening aliens have arrived suddenly on Earth. The major nations of the Earth and the United Nations must decide how to react to their arrival – either to work together for mutual protection, adopt an isolationist policy, or perhaps even to welcome the new Reticulan overlords.

The Megagame concept brings dozens of players together in a shared, half-day gaming activity that combines face-to-face interactions as well as with game elements in a large shared space. In Watch the Skies, players must use diplomacy, economic savvy, and espionage to find the best path to victory. The Alien faction may use the nefarious and terrifying tactics of abductions, cattle mutilations, probes, infiltration, probes and terror raids to throw the Earthlings off balance and subvert their control, perhaps paving the way to a full invasion.

The nations of earth must cope with both internal and external threats, extraterrestrial and mundane. Alien spacecraft and their crews can be captured and their technology used to get an economic edge, develop defences and create new countermeasures to the alien plans. Humans can elect to co-operate with each other, build new bases, share exotic Alien tech, or adopt a less altruistic approach. Resources must be allocated, new doctrines developed, policies made and at the heart of every critical decision, diplomacy cannot be ignored. Huddle over tables, stay on your feet, give impassioned speeches from the General Assembly of the United Nations – how you spend your time is up to you!

The plot of each game of Watch the Skies may vary. The Aliens may have different goals from one game to the next. The metagame of how to deal with the personalities of players representing each country also factors into megagame play. Emergent gameplay enters into almost every iteration of Watch the Skies.

In our second year of running a megagame at Breakout, we’re bringing back a few of our veteran admins as well as adding new faces to the gamemaster team. We’re also going to introduce a few new twists to the plotline and game events so that even if you played at Breakout last year, the experience will be new and fresh. Building on our past experience but changing things up, Watch the Skies 2020 edition will be a novel experience for up to thirty players.
.
Come experience a brand new way of gaming – the Megagame!

… and Watch the Skies! 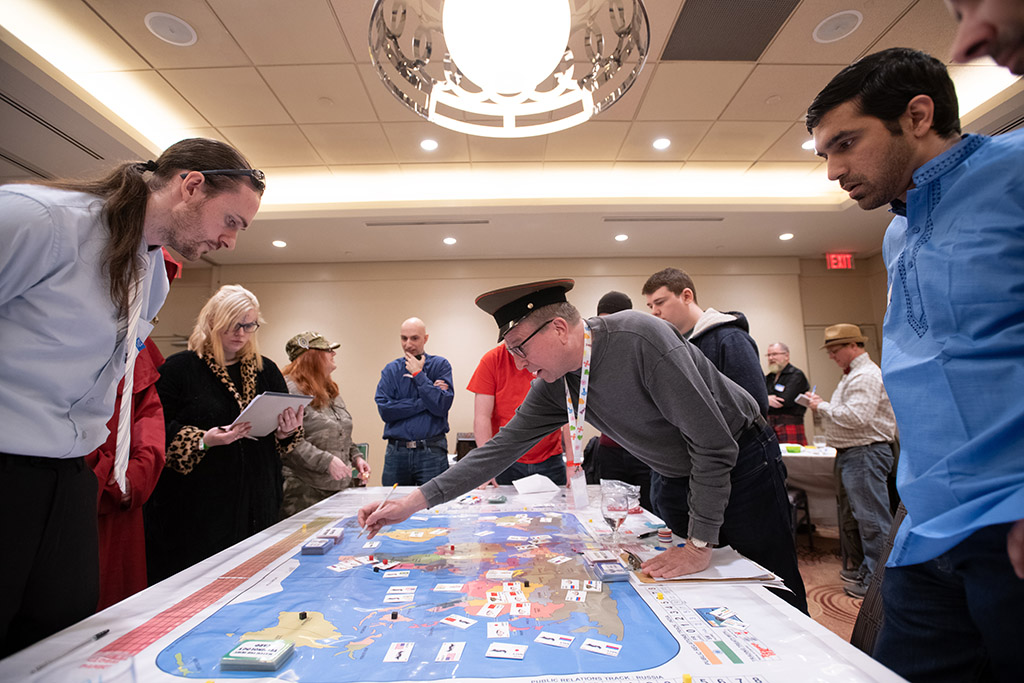