In Istanbul, you lead a group of one merchant and four assistants through 16 locations in the bazaar. At each such location, you can carry out a specific action. The challenge, though, is that to take an action, you must move your merchant and an assistant there, then leave the assistant behind (to handle all the details while you focus on larger matters). If you want to use that assistant again later, your merchant must return to that location to pick him up. Thus, you must plan ahead carefully to avoid being left with no assistants and thus unable to do anything...

In more detail, on a turn you move your merchant and his retinue of assistants one or two steps through the bazaar, either leave an assistant at that location or collect an assistant left earlier, then perform the action. If you meet other merchants or certain individuals at the location, you might be able to take a small extra action. Possible actions include:

When a merchant has collected five rubies in his wheelbarrow, players complete that round, then the game ends. If this player is the only one who's reached this goal, he wins immediately; otherwise ties are broken by money in hand.

Istanbul: Big Box is the all-in-one package for Istanbul, including the base game as well as both expansions, Mocha & Baksheesh and Letters & Seals. This combination also gives players the option to play on a big 5 x 5 tiles bazaar. 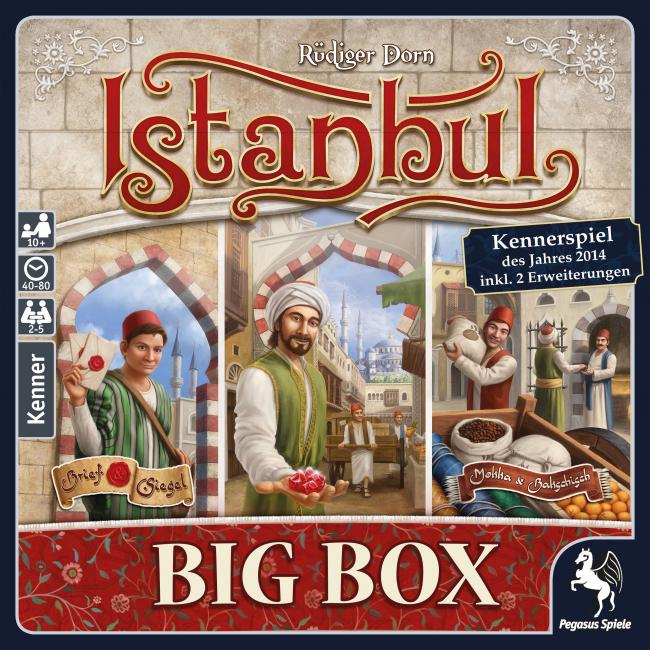